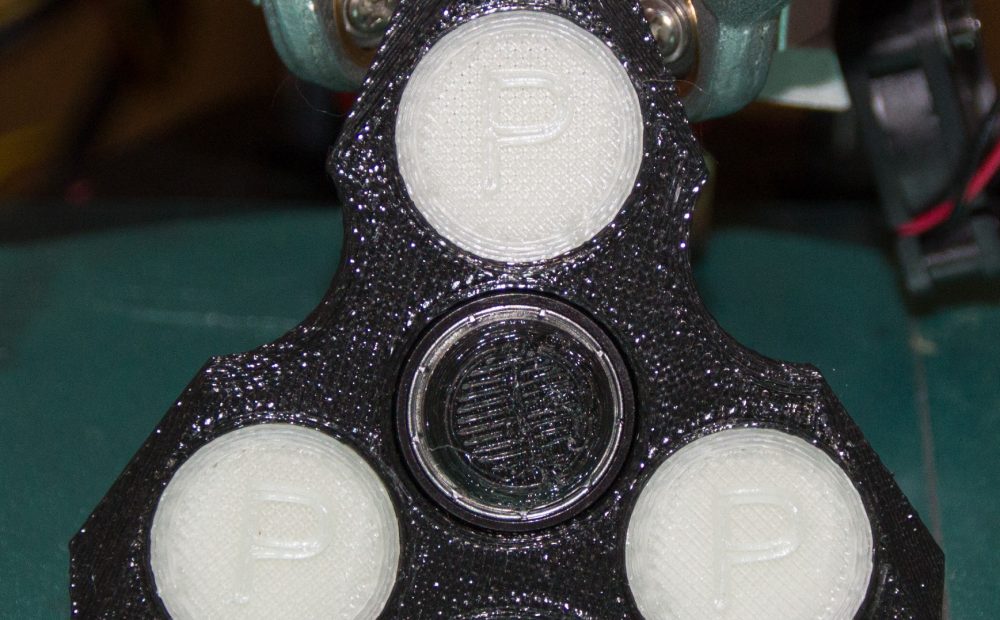 Fidget spinner are trendy on this spring-summer time for the kids.

What is a fidget spinner?

Is a very simple toy, that consists on a support in which you put a ball bearing in order to allow the toy spinning over itself, you must put some weight on it to allow the spinning movement takes longer.

How did you made it?

Last May I was with some of the kids of my family, and I promised them that I make one for everyone, so I let them to choose the model they want, and they choose this one.

The most difficult task were over, so I just needed to get the materials.

The most important part of the toy is the ball bearing, because it allows to spin the toy.

At the first moment, I went to an skate shop (Se Rueda), and they sold me these bearings: 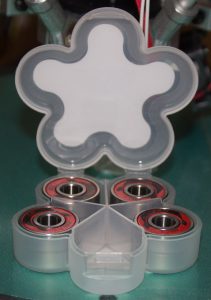 These are ABEC 7 bearings, and I believed that will be enough, but the spinning movement was not as smoother as I expect.

So I looked for ceramic bearing on AliExpress and I found these: 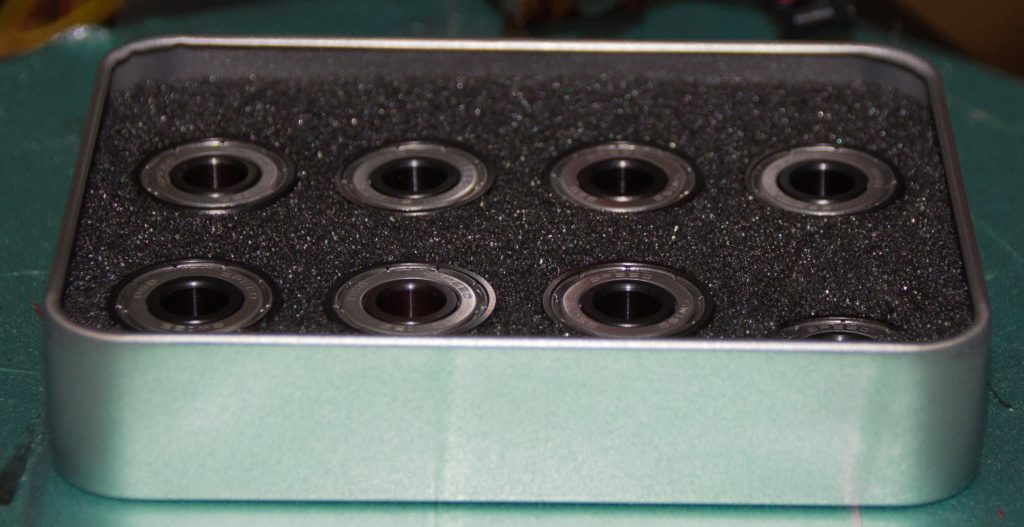 After putting some oil on them, the spinning movement was perfect.

In order to add weight to the toy I designed some parts with Autodesk 123D software.

The pieces are very simple, only three disc with the size of the bearing with a letter on the top of them.

To print  the toys I used two kind of filaments:

How about the results?

You can see a couple of photos with the result. I hope you like it. 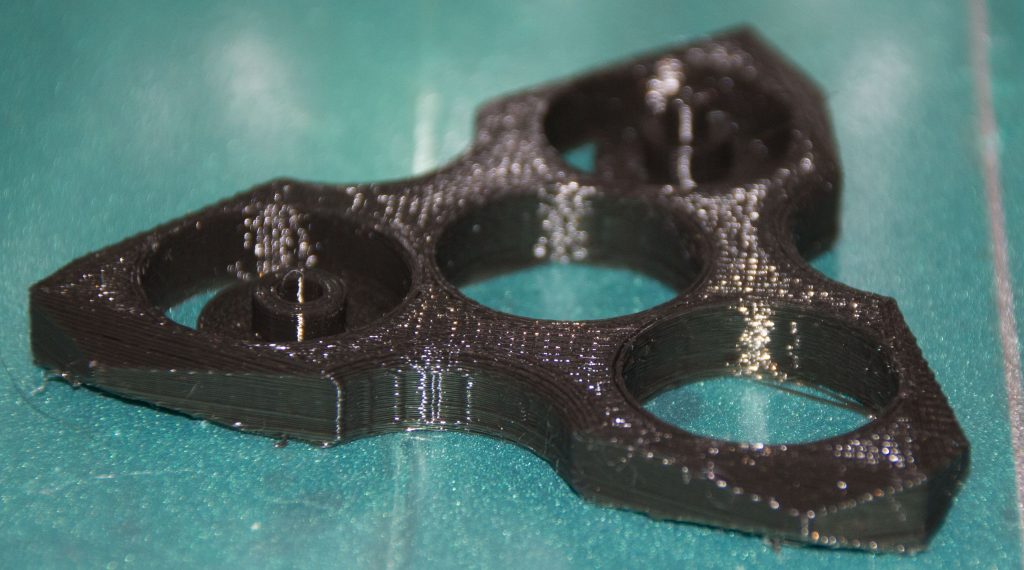 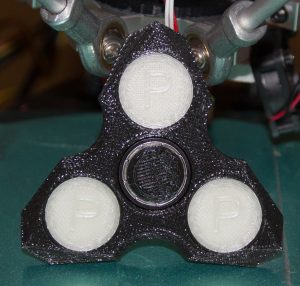