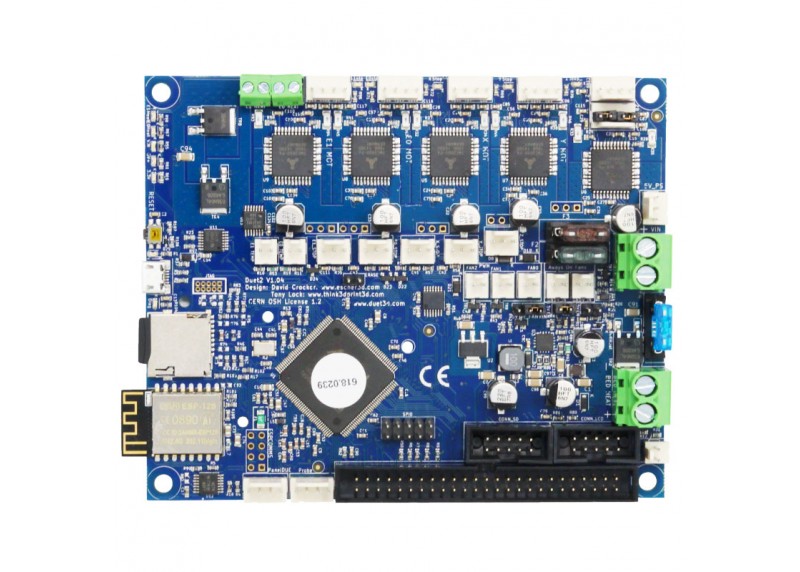 What electronics has been used?

For the Voron there are two electronics options supported by the community, RAMPS plus Raspberry using Klipper as firmware, and the other one is Duet with its expansion (Duex)

I take the Duet by some reasons:

What files have you modified to setup the Voron electronics?

This is the main setup file for the machine, below this lines we are going to see the modified sections:

Commands on this section:

When you made the seup of the limits, you are defining the coordinate system for your printer, in my case, when the printer reach the X and Y endstops, the machine is at the maximum values (350 mm). By other hand when the FSR is touched the Z is at the minimum position

I think that this is enough for today, and you can see that setup the electronics for the Voron is not an easy task.

On the following posts, I will explain how to setup the Z zero position by modifying hoez,g and homeall.g files, how to create the bed.g file to level the gantry and the macros that I used for printing with the Voron.